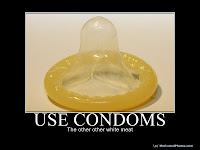 Please be aware of the dangers of a new strain of an old disease... It is going to take a concerted effort by each and every one of us to combat this disease...

The Center for Disease Control has issued a warning about a new virulent strain of Sexually Transmitted Disease. The disease is contracted through dangerous and high-risk behavior. The disease is called Gonorrhea Lectim..and pronounced "gonna re-elect them."

Many victims contracted it in 2008, after having been screwed for the past two years.

Naturalists and epidemiologists are amazed at how this destructive disease has become so deadly since it is easily cured....by voting out all incumbents!
Posted by The Born Again American at 9:50 AM