GET U.S. OUT OF THE UNITED NATIONS (P) 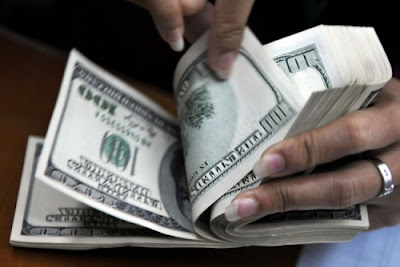 THE UNITED NATIONS WANTS TO DUMP THE U.S. DOLLAR...

I SAY "DUMP THE UNITED NATIONS"

The idea that the United States needs to be associated with these morons is absolutely ridiculous... They need us, we sure as hell don't need them... The American tax payer has poured billions of dollars into this and what do we get in return? How about Mahmoud Ahmadinejad being given the opportunity to come on American soil and degrade and slander every American... "SWEET" This ill-conceived project dates back to Woodrow Wilson's "League of Nations", and the early progressive era... It was a bad idea then and remains a bad idea today... What are they going to do to us, impose sanctions, or even worse, write us a really harsh letter...

When will the American politicians grow a spine? I firmly believe that the first presidential candidate with the STONES or STONETTES (nerve just didn't have the right impact) to run on a platform of severing all ties with and kicking the entire bunch off of U.S. soil would not only have my vote, but that of millions of fellow Americans who don't want global governance... Seal our borders and let the rest of the world sit around the campfire singing "Koom Ba Ya"... Tell the "uber left" to get their "warm and fuzzies" somewhere else, as real Americans no longer give a rats ass...

I'm sure many of you are starting to think old (P) has finally lost his mind, well patience might be a better word... Take back America...