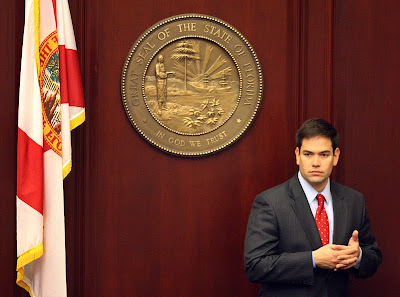 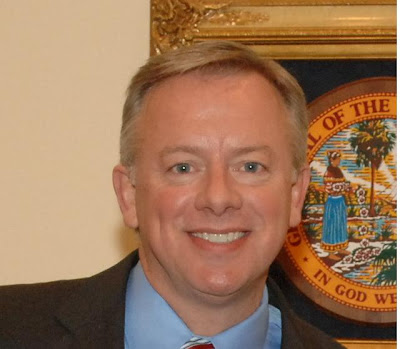 Lt. Gov. Kottkamp backs Rubio, not Gov. Crist
Posted: Aug 04, 2010 12:59 PM EDT Updated: Aug 4, 2010 12:59 PM EDT
ORLANDO, Fla. (AP) - Lt. Gov. Jeff Kottkamp is endorsing Republican Marco Rubio for Senate over his boss, Gov. Charlie Crist.
Kottkamp says he and Crist, who is running as an independent and is no longer a Republican, don't share the same position on a number of issues any more.
Kottkamp said Wednesday, "I'm a lifelong Republican. I'm going to be supporting the person that I believe is going to go to Washington and fight the Obama agenda."
Kottkamp, who is running for attorney general, also expressed disappointment that Crist switched his party registration, saying "We ran as Republicans. I was shocked."
He also said he is troubled that Crist has said as senator he would have voted for the $787 billion federal stimulus package.


Jeff Kottkamp is running for Attorney General in Florida... Guess what, he just got my vote... Charlie the RINO Crist needs to go away, far away...
Posted by The Born Again American at 1:18 PM