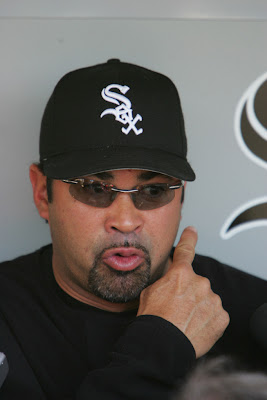 I've been a Chicago White Sox fan since I was five years old, which is damn near fifty five years... I was firmly convinced that Nellie Fox was only holding down 2nd base until I could get there... I watched them win the 1959 American League pennant and then lose the "World Series" to some team that used to play in Brooklyn, but moved to Los Angeles, I think they call themselves the Dodgers... I saw the Sox win the AL Central division in 1994, but not get to play because of the strike... I finally got to see them win the "World Series" in 2005, it only took fifty years of me rooting them on...


Then in 2008, the morons among us elected some A**HOLE from the south side of Chicago to be Socialist-N-Chief and now in 2010 Ozzie Guillen comes up with this crap... What a freaking whiner... 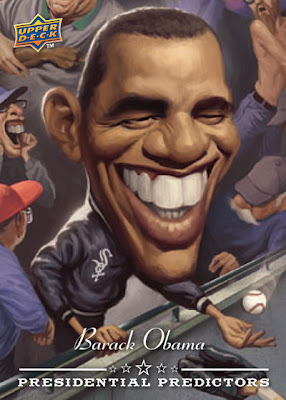 CHICAGO (AP) — White Sox manager Ozzie Guillen thinks Asian players are given privileges in the United States that Latinos are not afforded.
In his latest rant, the outspoken Guillen also said he's the ``only one'' in baseball teaching young players from Latin America to stay away from performance-enhancing drugs and that Major League Baseball doesn't care about that.
He said MLB only cares about how often he argues with umpires and what he says to the media.
Guillen said it's unfair that Japanese players are assigned translators when they come to the U.S. to play pro ball, but Latinos are not.
``Very bad. I say, why do we have Japanese interpreters and we don't have a Spanish one. I always say that. Why do they have that privilege and we don't?'' Guillen said Sunday before Chicago played the Oakland Athletics. ``Don't take this wrong, but they take advantage of us. We bring a Japanese player and they are very good and they bring all these privileges to them. We bring a Dominican kid ... go to the minor leagues, good luck. Good luck. And it's always going to be like that. It's never going to change. But that's the way it is.''
Guillen, who is from Venezuela, said when he went to see his son, Oney, in Class-A, the team had a translator for a Korean prospect who ``made more money than the players.''
``And we had 17 Latinos and you know who the interpreter was? Oney. Why is that? Because we have Latino coaches? Because here he is? Why? I don't have the answer,'' Guillen said. ``We're in the United States, we don't have to bring any coaches that speak Spanish to help anybody. You choose to come to this country and you better speak English.
``It's just not the White Sox, it's baseball,'' he added. ``We have a pitching coach that is Latino, but the pitching coach can't talk about hitting with a Latino guy and that's the way it is and we have to overcome all those (obstacles). You know why? Because we're hungry, we grow up the right way, we come here to compete.''
Guillen said young prospects in Latin America are being influenced to use performance-enhancing drugs.
``It's somebody behind the scene making money out of those kids and telling them to take something they're not supposed to,'' Guillen said. ``If you tell me, you take this ... you're going to be Vladimir Guerrero, you're going to be Miguel Cabrera, you're going to be this guy ... I'll do it. Because I have seven brothers that sleep in the same room. I have to take care of my mother, my dad. ... Out of this I'm going to make money to make them better.''
Guillen said he's trying to educate players from Latin America about steroids and other banned drugs.
``I'm the only one to teach the Latinos about not to use,'' he said. ``I'm the only one and Major League Baseball doesn't (care). All they care about - how many times I argue with the umpires, what I say to the media. But I'm the only one in baseball to come up to the Latino kids and say not to use this and I don't get any credit for that.
``They look at you and they say, `Good for you Ozzie,''' he said. ``Ozzie said it, don't worry about it. If somebody else said it they would be playing that (stuff) every day on the jumbotron. ... I'm the only one that came up with that idea. I did it for the Latino kids. ... I want to help those kids.''
Major League Baseball spokesman Rich Levin disagreed with Guillen's assertion.
``We spend more time and effort educating our Latin players about PED use than we do our domestic players in the United States. We test extensively in the Dominican and Venezuelan leagues, and we've increased the testing every year,'' Levin told The Associated Press. ``We also have Sandy Alderson down in the Dominican Republic on a full-time basis and he's dealing with a lot of these issues as well.''
Guillen also said players from Latin America are considered too old to sign if they're past 16 or 17, yet college prospects from the U.S. are often signed at age 22 or 23.
The Associated Press