SHOULD THIS MAN BE THE PRESIDENT OF THE UNITED STATES? (P) 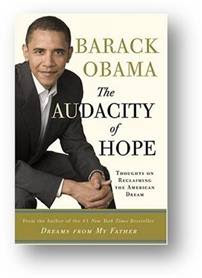 Please read some of the excerpts taken from Barack Hussein Obama's books and ask yourself the question in the Title of this post...
.
From Dreams of My Father: 'I ceased to advertise my mother's race at the age of 12 or 13, when I began to suspect that by doing so I was ingratiating myself to whites.'

From Dreams of My Father : 'I found a solace in nursing a pervasive sense of grievance and animosity against my mother's race.'

From Dreams of My Father: 'There was something about her that made me wary, a little too sure of herself, maybe and white..

From Dreams of My Father: 'It remained necessary to prove which side you were on, to show your loyalty to the black masses, to strike out and name names.'


From Dreams of My Father: 'I never emulate white men and brown men whose fates didn't speak to my own. It was into my father's image, the black man, son of Africa, that I'd packed all the attributes I sought in myself: the attributes of Martin and Malcolm, DuBois and Mandela.'

And FINALLY, and most scary!

From Audacity of Hope: 'I will stand with the Muslims should the political winds shift in an ugly direction.
.
So again I ask you, should this man be the president of The United States of America?
The answer is not only no, but HELL NO!!!
Posted by The Born Again American at 10:33 AM