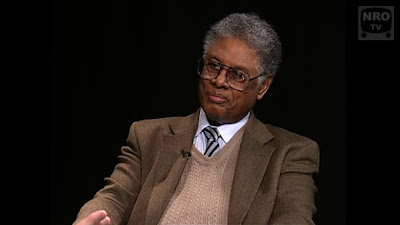 
The big oil spill in the Gulf of Mexico is bad enough in itself. But politics can make anything worse.
Let's stop and think. Either the government knows how to stop the oil spill or they don't. If they know how to stop it, then why have they let thousands of barrels of oil per day keep gushing out, for weeks on end? All they have to do is tell BP to step aside, while the government comes in to do it right.
If they don't know, then what is all this political grandstanding about keeping their boot on the neck of BP, the attorney general of the United States going down to the Gulf to threaten lawsuits — on what charges was unspecified — and President Obama showing up in his shirt sleeves?
Just what is Obama going to do in his shirt sleeves, except impress the gullible? He might as well have shown up in a tuxedo with white tie, for all the difference it makes.
This government is not about governing. It is about creating an impression. That worked on the campaign trail in 2008, but it is a disaster in the White House, where rhetoric is no substitute for reality.
If the Obama administration was for real, and trying to help get the oil spill contained as soon as possible, the last thing its attorney general would be doing is threatening a lawsuit. A lawsuit is not going to stop the oil, and creating a distraction can only make people at BP start directing their attention toward covering themselves, instead of covering the oil well.
If and when the attorney general finds that BP did something illegal, that will be time enough to start a lawsuit. But making a public announcement at this time accomplishes absolutely nothing substantive. It is just more political grandstanding.
This is not about oil. This is about snake oil.
Nothing will keep a man or an institution determined to continue on a failing policy course like past success with that policy. Obama's political success in the 2008 election campaign was a spectacular triumph of creating images and impressions.
But creating political impressions and images is not the same thing as governing. Yet Obama in the White House keeps on saying and doing things to impress people, instead of governing.
Once the elections were over and the time for governing began, there was now a new audience to consider — a much more savvy audience, the leaders of other countries around the world.

Does this make Thomas Sowell a racist because he disagrees with Obama? I guess he's just an Uncle Tom, I could only hope to be a fraction of the intellectual this man is... Truth is, he probably is some lucky niece or nephews Uncle Tom...
Posted by The Born Again American at 12:28 PM