IN MY BEST RICKY RICARDO (P) 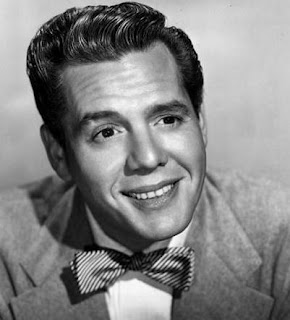 "Hey Charlie, you got some splaining to do"

Charlie Crist claimed not to know anything about the deal that allowed his handpicked state GOP chair, Jim Greer, to take 10% off the top of Republican spending. Greer’s attorney accused Crist of lying and said that the Governor “personally approved” the fundraising arrangement. The idea came from the man that Crist appointed as the placeholder for the Senate seat Crist now seeks, according to Greer’s attorney:
Gov. Charlie Crist personally signed off on his former Republican Party chairman’s confidential fundraising role with the state party, according to Jim Greer’s attorney, whose allegation contradicts the governor’s statement that he “didn’t know anything” about the deal now part of a criminal investigation.
State investigators say Greer and the party’s former executive director, Delmar W. Johnson III, secretly set up a shell company called Victory Strategies to divert party money and enrich themselves. Greer was charged Wednesday with fraud and money laundering.
But Greer’s attorney, Damon Chase, said Saturday that the deal giving them a 10 percent cut of party donations was legal. What’s more, Chase said Crist’s former right-hand man, now U.S. Sen. George LeMieux, first proposed the idea that they earn a fundraising commission to save the party money and replace the $30,000-a-month contract with fundraiser Meredith O’Rourke.
“You guys work hard. You deserve it,” Chase said Greer was told by the governor as they played pool in February 2009 at a Palm Beach golf tournament.
Greer’s attorney could well be repeating lies and/or spin told by Greer, of course. Greer needs to find some kind of lifeline out of a moderately-long stay in Club Fed if these charges remain in place through a trial. Chase wants to argue that the arrangements were legal, and the best way to do that is to connect as many people to them as possible. If the Governor signed off on the deal, then Greer couldn’t have believed it to be illegal, which only works to mitigate rather than exculpate if the deal in fact broke the law. It helps the defense argue that there was no intent to break the law, even if it did in fact get broken, and that could have an impact on sentencing.
None of that helps Crist if this turns out to be true, though. Even if the deal turns out to be entirely legal, it looks like a way to launder money back to Crist’s supporters in the GOP establishment. Crist picked Greer for the role, and in return Greer threw elbows within the state GOP for Crist, while making himself a tidy amount of money in fundraising commissions. There just isn’t any good way to spin a party chair taking 10% off the top of a fundraising responsibility he would have in any case.
It puts Crist into a tighter vise as well. He will have to respond by calling Greer a liar, but it was Crist himself who put Greer in that position. Even if Greer and Chase are lying, it reminds voters that Crist has a serious problem with judgment, and that comes on top of his decision to abandon the GOP for no other reason than because Marco Rubio was more popular than Crist.

With great shame, I'll admit that I voted for Charlie Crist to become governor of Florida, but I'll die trying to prevent this "Scumbag" from remaining in politics here in Forida or anywhere else...

It was revealed today that Charlie has removed any mention of his Pro-life stance from his election website... The term "RINO" is too good for this creep... He will stoop to new depths to try to win in November...

Posted by The Born Again American at 7:18 PM