WHAT DO HUMA AND HILLARY HAVE IN COMMON (P)


Trick question, they're both married to "WEINERS" whose wiener keeps getting them in trouble...

That having been said, here's what really has me concerned... Huma Abedin is an assistant to the Secretary of State of the United States and has direct links to the Muslim Brotherhood... That alone should be troubling, but what really has me spooked is when five House Conservatives lead by Michele Bachmann bring her obvious ties to the Brotherhood to light, instead of being praised, Senator John McCain and House Speaker John Boehner come down on Michele and the other four... I'm thinking it's time for these two to ride off into the sunset, your GOP is being revamped with true conservatives aka TEA Party Republicans... Read the article by Andy McCarthy in the National Review Online... 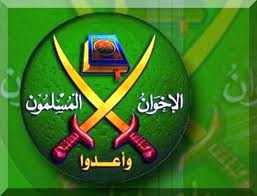 The Obama administration is being infiltrated by the Muslim Brotherhood and the Lame Stream Media isn't about to report on this... Thank God for THE BLAZE who isn't afraid to report the truth, READ the article and watch the video, because "The Truth Will Set You Free"...

Radical Islam has one goal and only one goal, "Kill The Infidel" and create a world wide "Caliphate"... Not sure exactly who "The Infidel" is, then just go look in a mirror... That is unless you're one of them and in that case, may you rot in hell...

WAKE UP!!! There's no negotiating with these scum puppies, it's "Kill Or Be Killed"... They live by the sword and should die by heavy armament or a nuke...

Posted by The Born Again American at 9:18 PM